Hey Guys, today, I am sharing with you a recipe that is very close to my heart, which is MOHANTHAL. This recipe will remind you of the taste of Prasad of the Ambaji temple.

Mohanthal is a traditional festive special recipe popular across Gujarat and Rajasthan. Mohanthal is a sweet made from Gram Flour(Coarse Besan), Ghee(Clarified Butter), Milk, Sugar, Water, Cardamom and Nutmeg powder, and Nuts. This recipe is gluten-free. 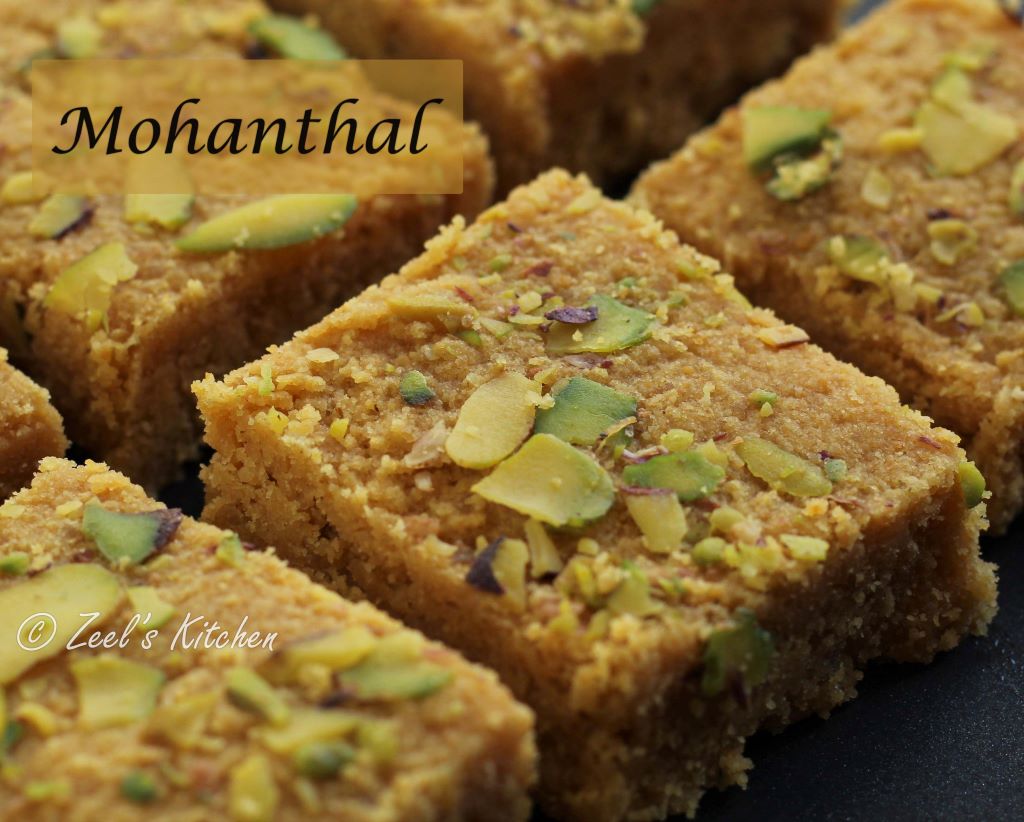 In Mohanthal Recipe, we have to roast the coarse gram flour in ghee and milk in a pan until it is aromatic and golden-reddish-brown and sweetened with cardamom and nutmeg powder flavored sugar syrup and allowed to set. It is garnished with chopped nuts and cut into desired shapes.

This traditional Indian sweet Mohanthal offered to Hindu God and Goddesses as Prashad. Mohanthal has been the favorite sweet of Lord Krishna. The name Mohanthal came from words – Mohan means Lord Krishna and Thal means Sweet dish or Bhog or Prashad.

This recipe is similar to Besan Burfi and Mysore Pak, but it has grainy-rough and melt-in-mouth texture like a dense classic Indian style fudge recipe. The preparation method is also different.

For me, Diwali and Janmashtami festivals are incomplete without the touch of sweet dishes like Mohanthal, coconut burfi(add more recipes here). Mohanthal is also known as Diwali Mithai or Mohanthal. 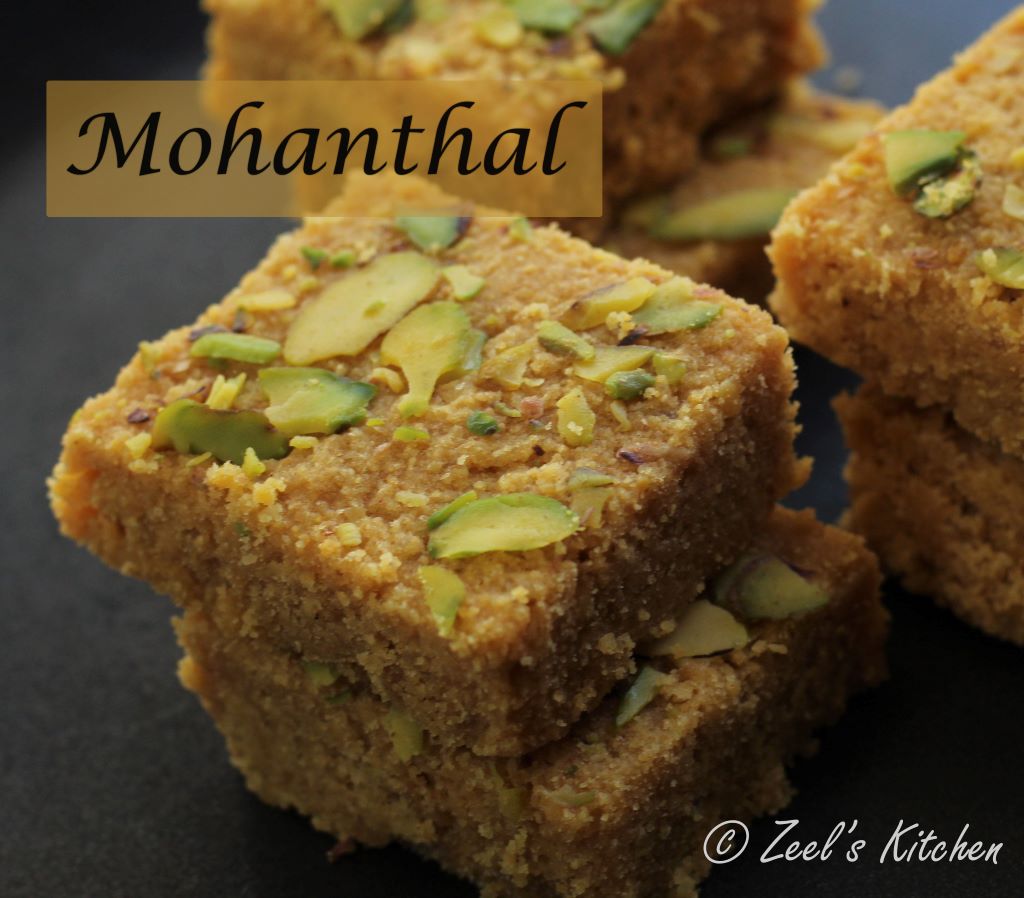 Here is the video recipe of Mohanthal Recipe :

Here is the recipe card of the Gujarati Mohanthal Recipe :

Save Print
Prep time
5 mins
Cook time
40 mins
Total time
45 mins
Hey Guys, today, I am sharing with you a recipe that is very close to my heart, which is MOHANTHAL. This recipe will remind you of the taste of Prasad of the Ambaji temple.
Author: Zeel Patel
Recipe type: Dessert
Cuisine: Indian
Serves: 15 - 20 pieces
Ingredients
Instructions ( 1 cup = 250 ml, 1 tbsp = 15 ml, 1 tsp = 5 ml)